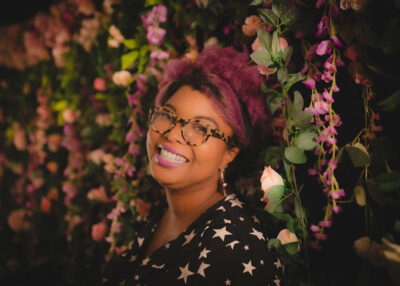 “CC” Paschal (she/they) is an award-winning audio journalist and experimental documentary artist. They are currently the Visiting Professor of Radio and Podcasting at Salt Institute for Documentary Studies at Maine College of Art and Design in Portland, Maine. Previously, CC led the editorial vision for NPR’s critically acclaimed narrative series Louder Than a Riot, about the interconnected rise of mass incarceration and hip hop culture. In 2017, she was a lead producer of Gimlet Media’s Peabody award-winning production Uncivil. CC studied aesthetics, earning a B.A. in Art and Philosophy from Hamilton College in Clinton, NY in 2010. Their first book, Audiocraft: The Art and Business of Making Podcasts that Mean Something, is due out later this year.

Work Samples:
The Sentence, Uncivil, Gimlet Media (Reporter, producer, writer. A deeply reported historical narrative about the legal origin of slavery and its impact on Free People of Color.)

Prison to Prison Pipeline, Louder than a Riot, NPR (Reporter/writer/editor.  Learning about my long-lost artist-rapper sister’s childhood as a ward of the state, and her eventual imprisonment— where she was forced to give birth in chains.)